This tune ain't new but I came across it on 2UIBestow, a blogger who writes solely about Irish music, with unrivaled knowledge and passion. It being in Gaelic it's unlikely many blogs would post this, being back in Ireland for a week has knocked my patriotism and love of unhinged trad/world/fusion into overdrive. For further listening to songs in Irish (and many other languages) check out Cian O Ciobhainn's radio show of the same name (An Taobh Tuathail means The Other Side) on RTE's Irish language station RnaG Mon-Fri from 11p.m - 1 a.m. Great for picking up odd new stuff you'd be unlikely to come across otherwise.

New York City Cops ...as the "modern era" slowly fades into the past certain bands take on mythical status and new bands name themselves after their songs. We eagerly await demos from North American Scum, Digital Lovers and The Obstacle Ones.

Picked this up from Sonic Masala today. The band are called White Wives, they're former members of Anti-Flag, Dandelion Snow and American Armada. They've got that urgent anthemic euphoria you'll find in Gaslight Anthem, Two Cow Garage and at times with Mountain Goats ...latter day anthem-punk that's listenable I suppose.

Yesterday I posted a Jape remix of the new ASIWYFA single. Today I am happy to post a new Jape tune, ahead of the Sept. 30th release of his forthcoming Ocean of Frequency album on Music/Is/For/Losers (also home to awesome Sun Glitters, check em out). It premiered on No Fear Of Pop earlier today.

I am floating away on this song. Fruit Bats seem utterly delightful thus far. They're on Sub Pop and have been featured on Drowned In Sound so expect to hear more over the next while. Tripper, their latest album, is out now.

Fruit Bats - You're Too Weird by subpop

new: Lecs Luther, Overhead The Albatross, And So I Watch You From Afar

Terrible news. Irish math-rock act The Cast of Cheers who moved to London last month have had lots of expensive gear stolen from their Stratford house. If you can at all please donate a few quid via paypal. Musicians in London can help out by keeping an eye out on ebay or markets. These are the items stolen. 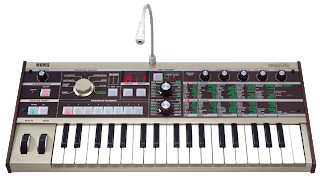 For more info read this post on the Richter Collective site from And So I Watch You From Afar.

Derp by The Cast of Cheers

Lecs Luther, Dublin based rapper, appeared on Nialler9's blog a few days ago with a track uploaded by First Second Label. Interesting to see what happens next!


New stuff from Overhead The Albatross. Heard it this morning, nice listen. More info on these Dublin instrumental rockers here.

And So I Watch You From Afar. Single from amazing second album (Gangs) out Sept. 16th and remixed by Jape who himself has a new album, Ocean of Frequency out Sept. 30th. AU Magazine have tracklist and artwork.

7 Billion People All Alive at Once by Richter Collective

Today I put up marquees, cycled about my hometown and washed the windows. Little time have I for blogging ...here's a mishmash of music I heard today. Best be off soon, I'm heading to kick a ball against a wall with me mate and then maybe have a pint.

Here are a few internet things that are worth checking out.

Florence + The Machine has a new song out.

It being Reading and Leeds weekend, let's watch the greatest bottling of all time, it's Daphne and Celeste!

Getting back to absolute basics, is an explanation of what sound is with lovely pictures, for the scientifically challenged like myself.


...And now for some streamed and downloadable mp3's with some brief words and information. Enjoy.


More of the usual from Civil Civic. Fabulous sounds for the unhinged amoung you.


Trey Brown, him from uber talented cross genre maniacs White Denim has a tune out all on his lonesome.


Last summer I posted my disappointment at a Girls show. Christopher Owens took umbrage with my words and wrote a well considered response. Neither of us were wrong but fair play for taking the time to retort on this, as lowly a blog as blogs get. Given the quality of music the man makes I can see myself returning to write about him for much time to come. This is from Father, Son and Holy Ghost, their latest.


New Window Tweet
Posted by josh at 2:32 PM No comments:

new: Gold Beach, We Are Losers, I Am Lono, Charleston

From Texas, Gold Beach make soothing Sunday morning music, soft and soulful, but with an urgent and exciteable undercurrent, suggesting that it's going to be a good day. Here's some Soundcloud and Bandcamp full album action (I really love Bandcamp).

Skin Of Yours by Gold Beach


I Am Lono. From "Paranoid pop songs influenced by Suicide, John Carpenter, The Doors, Bukowski and Bowie Low era." ...I never quote from press releases but it's a nice list of influences. Good E.P. Check em out on facebook.

They'll be playing live in Powers Bar, Kilburn on Thursday Sept. 8th. It's my first step into promoting bands in London and have booked bands for the next few months. Follow me on twitter for further updates. All gigs are free in and will be running second Thursday of ever month.

I AM LONO - Why Everything is Made of Fives by robmccleary


I've posted stuff from We Are Losers before, this post is a gentle reminder that they're playing The Old Blue Last on Great Eastern St. in London this evening. It's free in and also features Bearsuit, Dimbleby and Capper, Air Castles, The Racket & The Complete Short Stories. Fair play to Werewolf Promotions, tis quite a spread to put on free!

We Are Losers - Sunset Song by barrygruff

Piece by Piece by Charleston UK

More of this please. Informative, snappy scene documentaries from the folks at Resident Advisor with Bench. This is the first installment, taking a look at the cross pollinated dance music scene in Bristol. A charming bunch of characters excitedly discussing the truly unique group of electronics enthusiasts.

the second is about the Detroit scene, and features some twisted and beautiful cinematic scenes, and takes you deep into techno in Detriot past and present.

New Scroobius Pip. Was a little disappointed by the second album he did with Dan Le Sac. This is more to my liking. Bonus points for having to shoot this video in one take (unless he's got some magic beard and hair growing powers). Bonus bonus points for the R. Kelly PISS t-shirt.

The Current State of Copyright and Culture 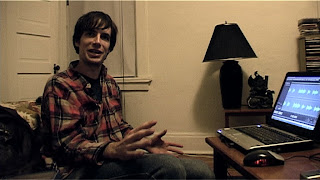 A friend from Ireland, now living in Sweden, recently posted about an interesting piece of documentary-making from America which details how everything we see, hear and experience in the creative arts is, in one form or another, a remix from something else. We are as the saying goes, standing on the shoulders of giants. There are numerous examples of this: Henry Ford didn't invent the assembly line, interchangeable parts or even the automobile. However, he did manage to combine all of these elements in 1908 to produce the Model T. Mark Zukerberg didn't invent social networking: Myspace, Friendster and others got there years before Facebook. Even so called 'pioneers' of new musical genres borrow heavily from their predecessors to create the latest 'new' sound (check out 'Tecno Brega' from Brasil for example). While this concept is nothing new, it raises yet another interesting question: that of copyright within our culture today. If the idea of copyright is to protect the creator of the composition, where are the lines drawn on covering, borrowing from or blatantly ripping off other people's work? To go a bit deeper, check out GOOD COPY, BAD COPY from Henrik Moltke from Denmark. Made in 2007, Moltke and his team interview a range of players in the music industry - from big time label bosses in the US and small time pirate distributors in Russia to producers like Girl Talk and Danger Mouse who have made their names remixing other people's work. The questions raised in this fascinating documentary still hold true today: what is the role of copyright and what can artists and copyright holders really hope to achieve by copyrighting their work?
Posted by Mark at 11:30 PM No comments: